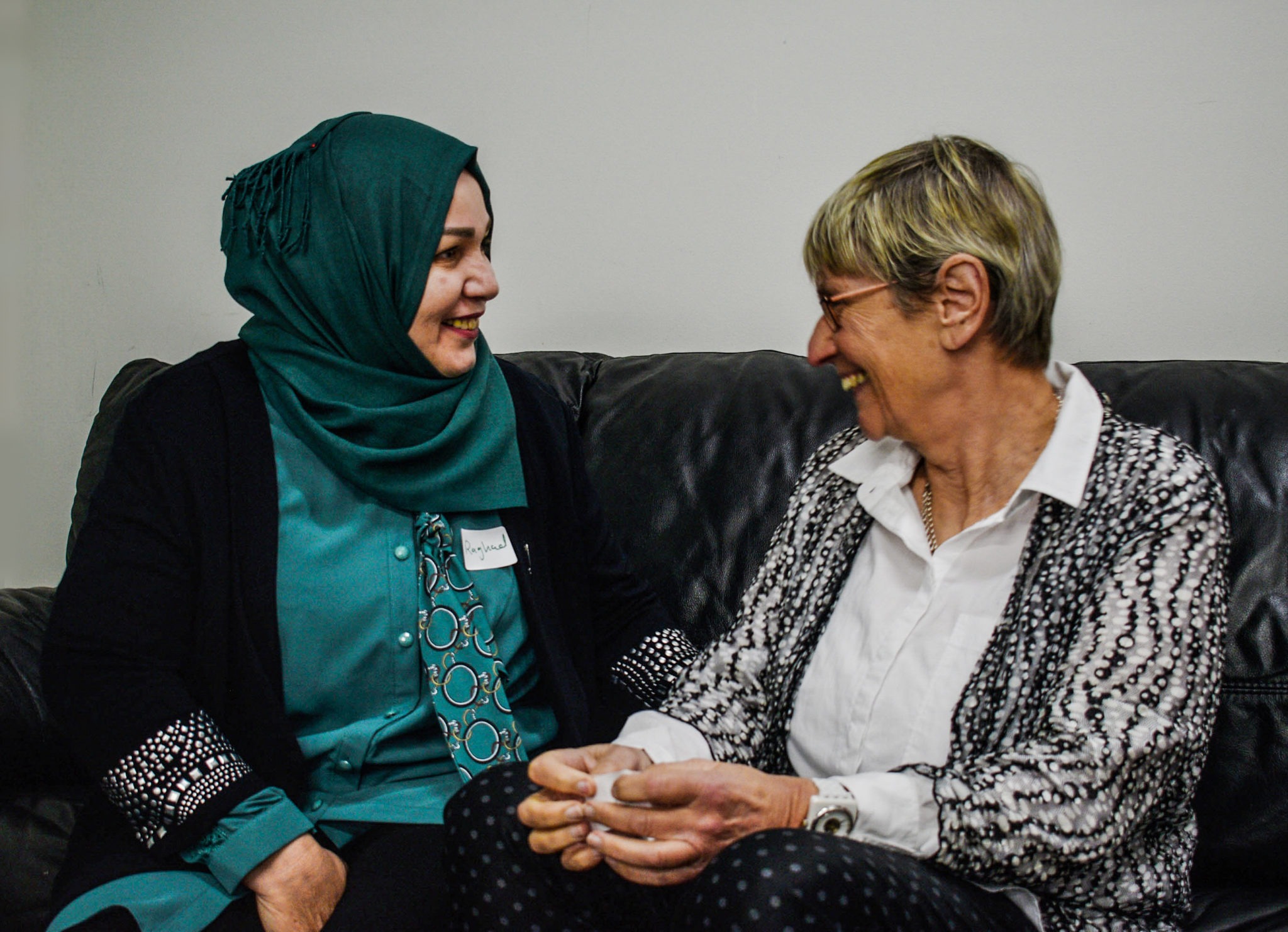 The friendship between Raghad and Lioba is proof that there is one language that is universal. Laughter.

The pair celebrated two years of friendship in August, and have shared many experiences, laughs and desserts along the way.

They met through the Befriending program run by SCARF, which matches local volunteers with individuals and families from refugee backgrounds.

The program is designed to provide friendship and tailored support to a community member, helping them navigate their way through everyday activities like filling in forms and understanding documents, as well as practising conversational English and becoming more familiar with Australian culture and customs.

At first, Raghad and Lioba would go for coffee, but quickly gave that up as Raghad found this was quite a waste of money. Why spend money on cake, when she is a fond baker who makes delicious desserts herself?

Raghad is the cook between the two, and Lioba says she is the challenge as she doesn’t eat meat. Lioba’s favourite thing Raghad makes for her is Mullahabi, a Middle Eastern dessert made up of rice milk, flour and nuts.

Lioba had quickly realised the Raghad had not explored much of Wollongong and set out to show her the beautiful sites of the city. Together, they visited the Sea Cliff Bridge and looked into the ocean. The pair enjoys driving through Jamberoo in the dairy country together, which reminds Raghad of her home.

In the beginning, the two couldn’t share much conversation.

Language barriers would arise, and the two would use Google translator to get over the hurdle of explaining a word, with the results sometimes being hilarious.

Raghad tells the tale of when the two were texting, and Lioba had thought Raghad said she ‘slipped’ instead of ‘slept’, ensuing panic in Lioba who responded with, “Are we going to the hospital!”

Lioba remembers the moment she knew the two were going to be friends.

“It was at the moment when disaster struck, and the visa application for Raghad’s son was denied and we went to see an immigration lawyer in Sydney. We went on the train and we couldn’t really talk very much, and it was a very exhausting day,” said Lioba.

“I thought I’d tell her about what the National Park is, we were sitting there, and we were tired. I said when her knees are better, we will go walking”

“And she said to me, you push, me trolley. We were hysterical.”

From there, the friends have shared many times together, one of the most memorable being the first breaking of the fast for Ramadan. Lioba says she had never had so much delicious food in her life.

Lioba’s advice for people wanting to get involved with the Befriending program is to not be afraid. Be open to talk about anything, just as you would with your other friends.

“Friendships are so important as they help you find your own feet,” said Lioba.

The pair says the best things about the program are the special moments they have shared and that they have gained a friend for life.

For now, they are hoping Raghad’s daughter comes to join her in Australia*. Lioba is a hand for her to hold while they await the outcome, and said the two will have a party and drink champagne when the time comes.

*Raghad’s daughter has now joined her in Australia.